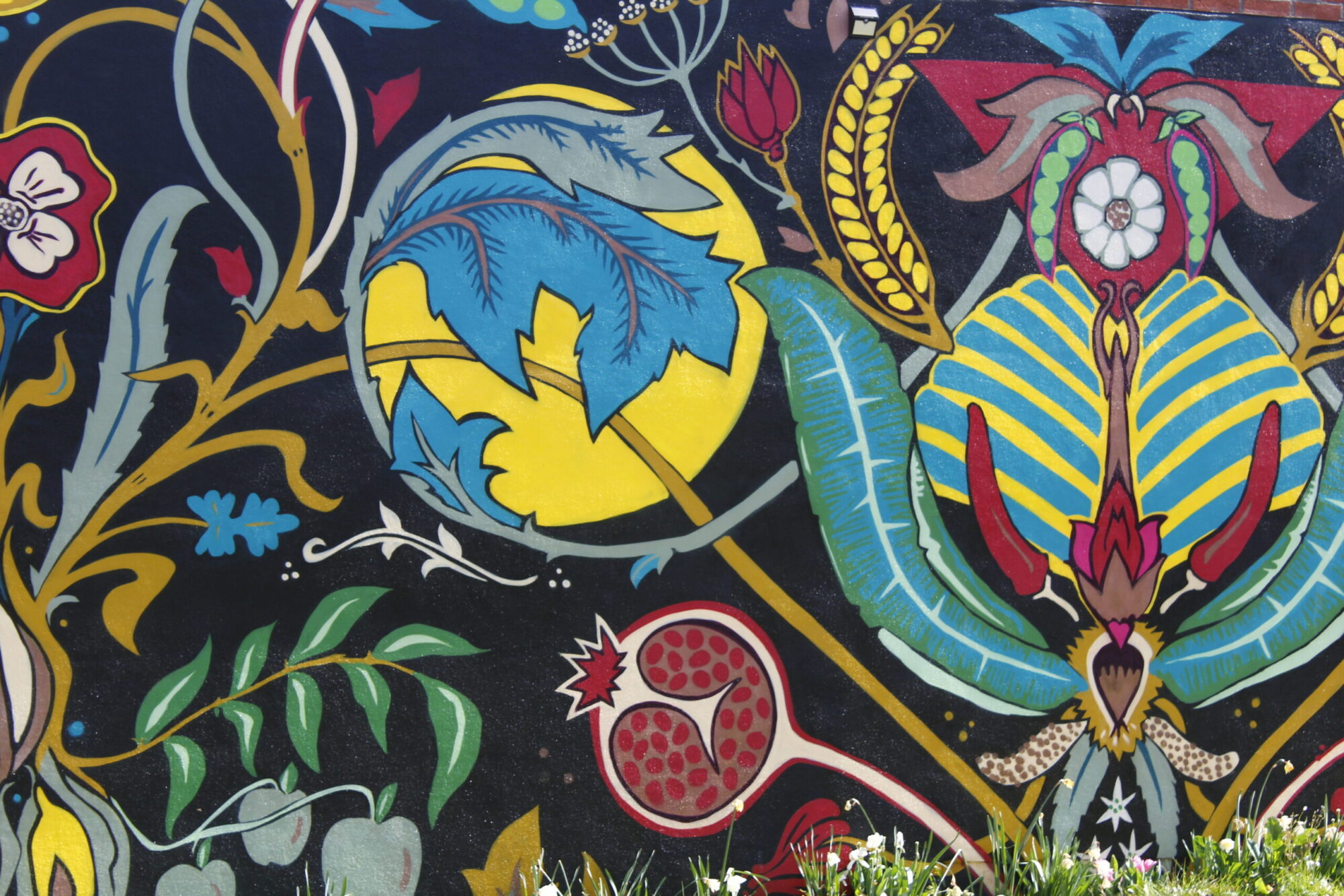 Exciting news alert! We are pleased to be adding the Greenway walk to our lovely selection of Saturday walks. The Greenway Project is a new walking route with the purpose of encouraging people to take a less polluted route through St Pauls. The route takes you through the green spaces of one of the most urban areas of Bristol.

The local community formed the foundations to The Greenway Project, engaging through workshops and events. Through these workshops the digital campaign ‘What is your Soul Food?’ was born. This was an opportunity for people to share recipes with their neighbours during lockdown.  Over 50 recipes were shared and over 200 active members in the Facebook group. The selected recipes became permeant artworks which feature along the route, celebrating the local cultural foods of the area, including Amina’s Samosas, Tara’s Dolma and of course Glen’s Ackee and Saltfish. Now that’s a feast I would not want to miss out on.

The murals framing the recipes were designed through the joint effort of GRAFT, a husband-and-wife street art duo and the young people of St Pauls. The final murals feature many of the ingredients used in the recipes including vine leaves, palms, banana leaves, hibiscus, chilli peppers and sweet chestnuts. Along the route you’ll find new brightly coloured tables and bike racks to encourage sustainable transport with ‘insect hotels to add biodiversity’.

The end of the walk leads you to Halston Drive Community Room near a small green with a beautiful selection of mosaics, as seen below.

Learn more about the people and organisations behind this masterpiece: