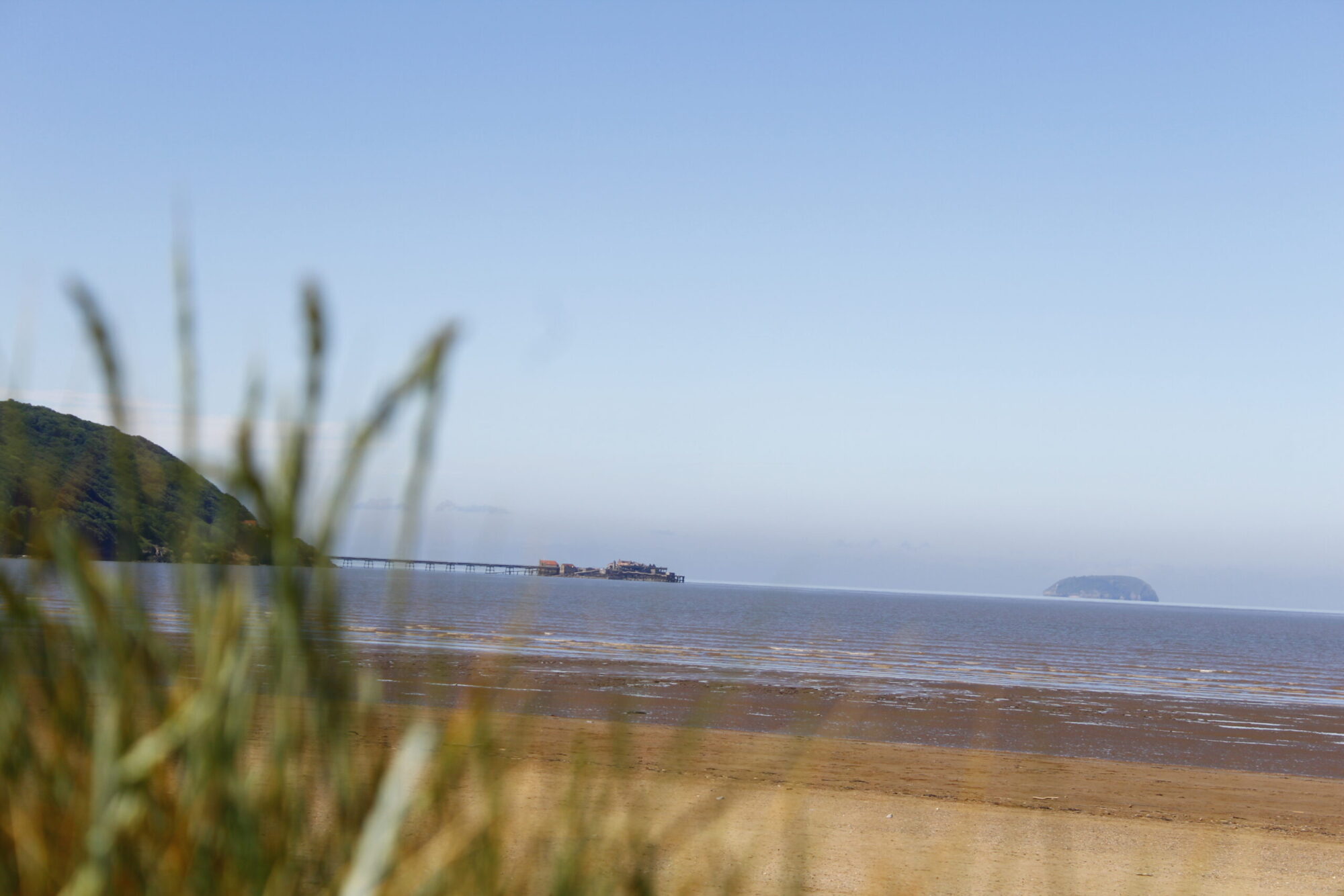 Our Weston super Mare walk, as part of our Saturday walks (2nd October), takes you through some surprisingly historic parts of Weston super mare.

Read on if you’re ready to be equally as surprised as me at the history Weston-super-mare has to offer.

Worlebury Camp is an Iron Age hillfort, dating back to between 600BC and 50AD.

It is a stone-built fort, rare in terms of hillforts in England.

In the 19th Century 93 pits were discovered in the interior of the hillfort. Originally these would have been used to store grain and food.

The pits were found to contain animal and human remains of 18 individuals. Damage to their skulls show that their deaths were likely the result of an attack on the hillfort.

Other discoveries in the forts include an Iron Age axehead, iron spearheads and the beaded rim of Glastonbury style pot.

The Bristol channel which leads into Weston Bay has a large tidal range. The low tide at Weston is about 1 mile from the seafront, revealing areas of thick sinking mud.

The tide is so low that before the now derelict Birnbeck pier was built to access Birnbeck Island it could be accessed by a natural causeway during low tide.

Birnbeck pier is the only pier in England which links the mainland to an island.

Back in 1864 when the foundation stone for the pier was laid by the four-year-old son of the Lord of the Manor, a public holiday was declared in the town along with a celebratory dinner in the town hall.

Originally it had a 2,000-seat theatre at the end of the pier which was used as a music hall for opera and ballet. Unfortunately, the theatre closed due to the number of times ballet dancers pirouetted straight into the sea.

That’s not strictly true; the less entertaining but true story is that 26 years later the theatre was destroyed in a fire on 13th January 1930. In 2008 the pier suffered another fire but was restored and reopened in 2011. The pier is still alive and thriving to this day, despite a small but contained fire in 2019.

Follow the link below to book your tickets to explore the historic parts of Weston super mare for yourself. https://thelittleboxoffice.com/letswalkbristol/event/view/138085