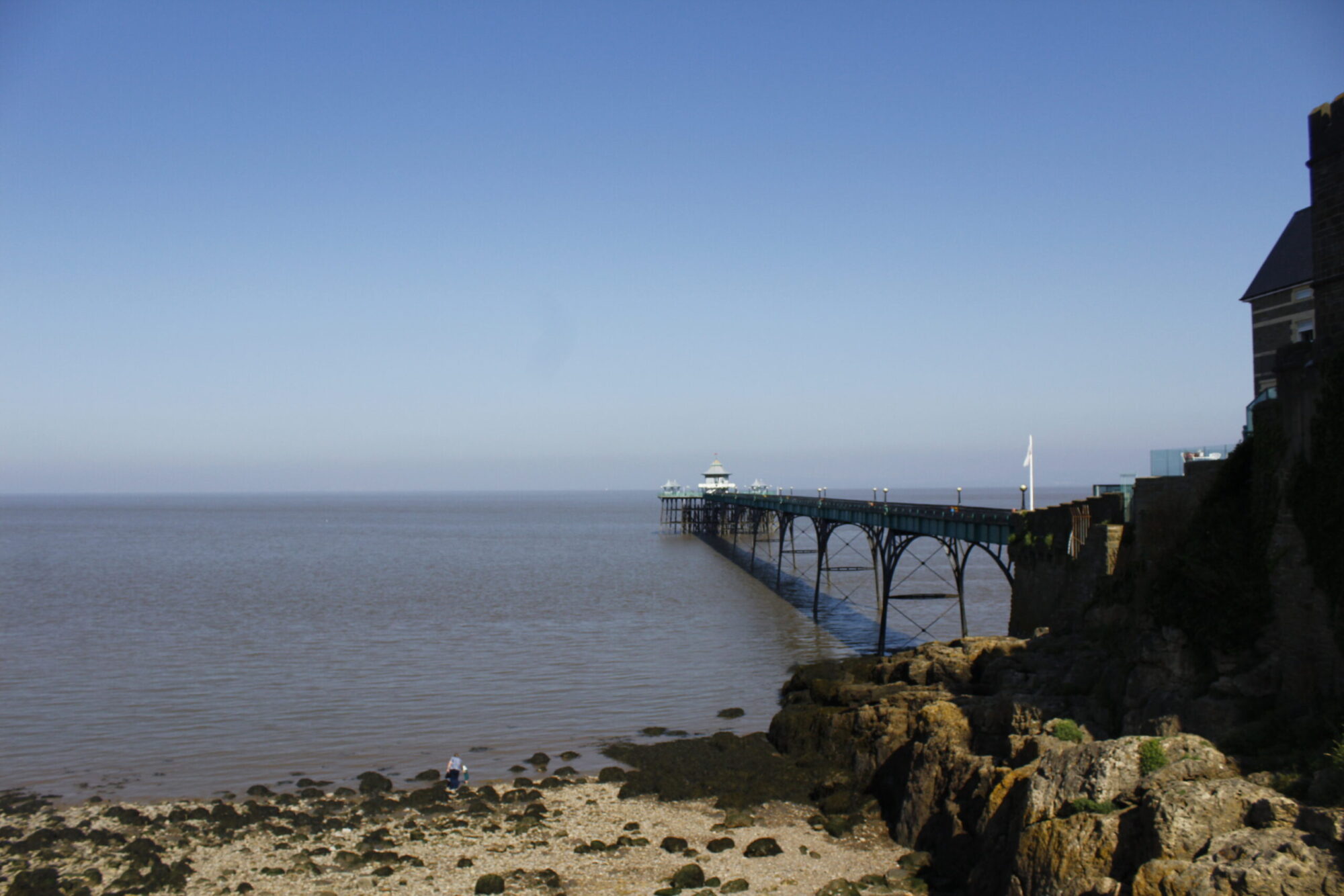 This week we scouted out our Clevedon walk, taking place on Saturday (2nd October at 10:15). This route features another pier, with an intriguing history and spoiler alert another historic collapse. It’s where we start and end the walk. The story captivated my attention, I hope it does yours too. The pier was originally built in 1869.

A covered dancehall was added to the pierhead in 1913 in attempt to boost the number of visitors. However, it failed to make it more popular. Instead, it was the arrival of rock and roll to the West Country and the instillation of a juke box, as suggested by the new piermaster, Bernard Faraway, that really increased the annual footfall to the pier. Sadly, the novelty of the juke box slowly started to wear out.

The Pier later collapsed in 1970 due to an unsteady structure. The collapse divided the town of Clevedon, with some campaigning through fundraising to keep the pier while others wondered whether ‘more people (would) come to Clevedon to see the broken pier than they would if it’s a complete pier’.

Peter Corley, Mike Hedger and Tom Foden joined forces to save the Pier from destruction. During a night in January, Peter and Mike set off with a sign in their dingy while Tom kept watch on the beach. They attached their sign, ‘Save the pier’, to what was left of the railing.

Eventually it went to a public inquiry in March 1980. Paul Chadd, a Bristol barrister led the case for the Preservation Trust. He presented many written accounts in favour of saving the pier, including one from the poet sir John Betjeman, who named Clevedon pier ‘The most beautiful pier in England’.

After a couple of false starts the main pier promenade was completed in October 1988. The grand reopening of the finished structure was held on the bank holiday, 25th May 1998. The following year it was voted Pier of the Year, by none other than the National Piers Society, of course.

In 2001 Clevedon Pier was awarded with a Grade 1 listing, becoming the the only Grade 1 listed pier in England that remains intact. This of course was reason to celebrate.

Click the link below to book your tickets for a beautifully guided walk. It starts and ends at the pier and there are a range of lovely cafes along the way too. https://thelittleboxoffice.com/letswalkbristol/event/view/140370